Described by the New York Times as “a musician of great technical prowess, intellectual curiosity and expressive depth”, cellist Leonard Elschenbroich has performed as a soloist with the world’s leading orchestras.

He gave his Vienna Musikverein debut on a European Tour with the Staatskapelle Dresden, his US debut with the Chicago Symphony Orchestra, his Asian debut at Suntory Hall in Tokyo, and appeared five times at the Royal Albert Hall for the BBC Proms.

A committed performer of contemporary music, Elschenbroich has commissioned several new works from composers including Mark-Anthony Turnage, Luca Lombardi, Arlene Sierra and Suzanne Farrin. He gave the world premiere of Mark Simpson’s first Cello Concerto – written for him – with the BBC Philharmonic Orchestra at Bridgewater Hall, and Brian Elias’ first Cello Concerto at the BBC Proms.

In 2012 he co-founded the Orquesta Filarmonica de Bolivia, the first orchestra to perform a Mahler Symphony in the nation’s history. Elschenbroich returns to Bolivia on a regular basis to lead educational projects and develop the orchestra. This commitment led Elschenbroich to explore the field of conducting with various orchestras across Latin America and the UK. He gave his London conducting debut, leading The Telegraph to write “Elschenbroich gave a performance of Brahms’ 1st Symphony that at times touched the heights.”

Elschenbroich’s first three albums for Onyx Classics focused on 20th century Russian repertoire, from Rachmaninov to Schnittke. 2016 saw the release of “Siécle”, a portrait of a century of French music from Saint-Saëns to Dutilleux, recorded with the BBC Scottish Symphony. They have received 5-star reviews from The Telegraph, The Guardian, The Financial Times, as well as receiving Editor’s Choice in Gramophone. This year, after a decade worldwide performances together with Alexei Grynyuk, Onyx Classics released their recording of the complete Beethoven Cello Sonatas. The album received wide critical acclaim, including Editor’s Choice in Gramophone, Album of the Month in BBC Music Magazine, and is also available on vinyl.

His many awards include the Leonard Bernstein Award, Förderpreis Deutschlandfunk and Borletti Buitoni Trust Award. In 2012 he was named BBC Radio 3 New Generation Artist, he was Artist-in-Residence of Deutschlandfunk for the 2014-15 season, and Artist-in-Residence at the Philharmonic Society Bremen from 2013-2016.
Born in 1985 in Frankfurt, Elschenbroich received a scholarship, aged ten, to study at the Yehudi Menuhin School in London. He later studied with Frans Helmerson at the Cologne Music Academy.

He plays a cello made by Matteo Goffriller “Ex-Leonard Rose-Ex-Alfredo Piatti’ (Venice, 1693), on private loan.

Bloch – Schelomo for cello and orchestra

Dvorak – Cello Concerto in B minor

Goehr –   Romanza for cello and orchestra

Saint – Saens -Cello Concerto No 1 in A minor

Schumann – Cello Concerto in A minor 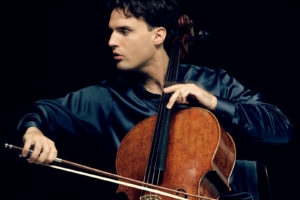 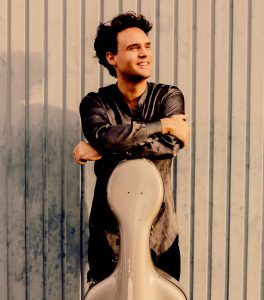 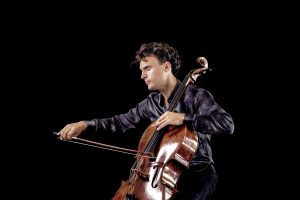 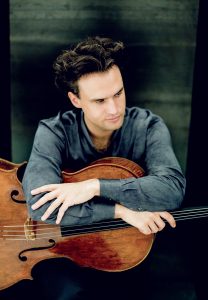 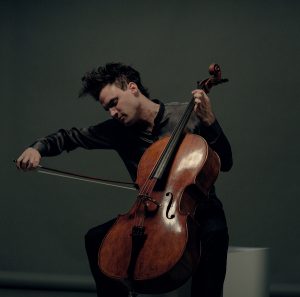 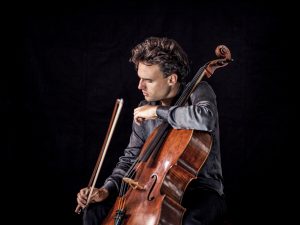